The Case of the Argentine Waiter and the Korean Supper Club 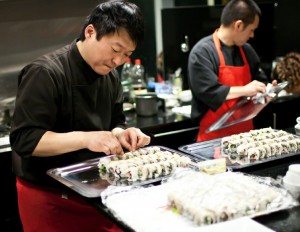 The dining experience was always special, the people an interesting mix of Argentine and expat, and the food…  Let’s just say that I am decidedly thinner than the chubbier version of me that appears in the video below.

Since my little stint at Casa Mun, they have outgrown their space, traveled to Mendoza to share their culinary magic, are consistently listed in the top 3 restaurants in Buenos Aires on TripAdvisor..  And, just over 1 year since opening, been written about in the New York Times (click here for article and video).

If you ever do come to come to Buenos Aires and want to take a break from steak, pasta and cheese, I can highly recommend dining at Casa Mun – but come ready for spicy food!